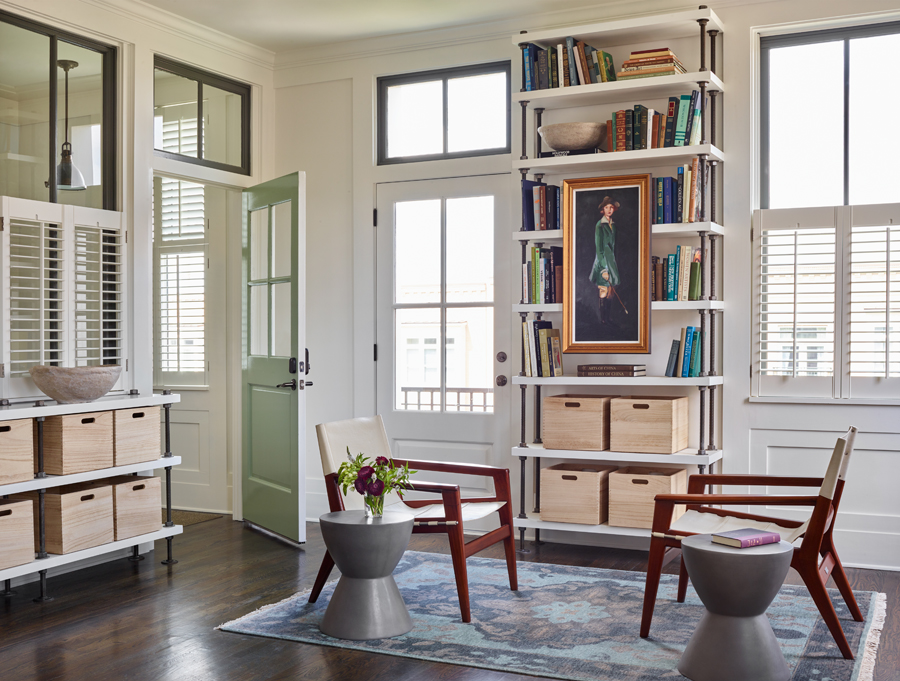 The design duo behind Gordon Dunning Interior Design have perfected the art of patterned decor. Here are their secrets.

For some, pattern is having a moment. For others, pattern is a longtime design principle. Such is the case for GordonDunning Interior Design. What was once something they loved and used regularly has morphed into more of a statement of the current world. “After this very strange period of lockdowns and isolation, everyone is craving pattern more,” says Lathem Gordon, co-founder and principal designer. “For those populations with wanderlust, these past few years have been filled with longing for faraway lands. If one cannot adventure there, at least one can acquire a vintage textile or piece of pottery from there,” she explains.

Beyond bringing travel inspiration within your own four walls, Gordon cites another inspiration–the backlash against what she calls “the gray phase.” “In the same vein, everyone has been trapped in their homes for these last few years, and they were previously designed in the gray phase. They just can’t take it anymore,” she says. “We are all craving interest, story, and adventure and gray and plain [design] just isn’t fulfilling that need.” Here, Jaipur Living gets two interior designers’ takes on pattern-filled decor. 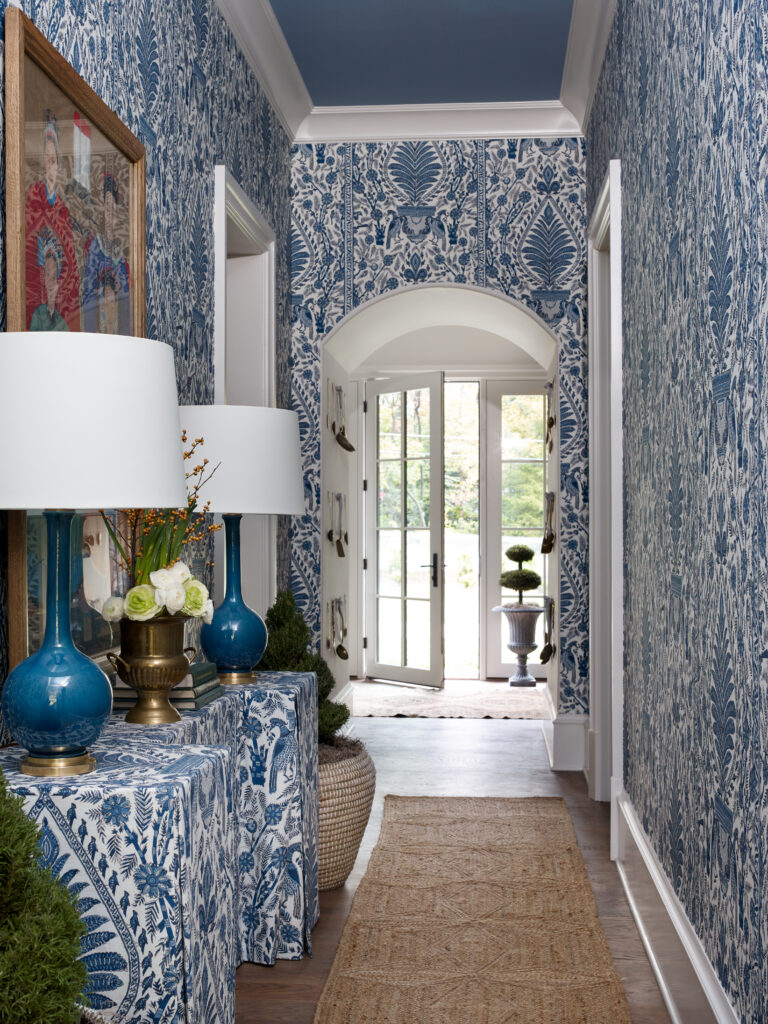 Cate Dunning, co-founder and principal designer, says pattern is a way of life and a way of design. “We have a special love for mixing patterns,” she explains, citing that the energy between the scales of pattern and their accompanying textures adds powerful interest that can often be the soul of a room. Plus, most patterns come with a story, which the design pair likes to incorporate into their designs. “Even if you don’t fully know the pattern’s story, you can feel that there is one,” she says. “Most patterns are rooted in history, culture and story.”

See also: Inside The Map Of Luxury

For the duo, pattern is almost always a kick-off point for a space. “It isn’t fully intentional, but we always say that you start a space with one thing you truly love and build from that,” says Dunning. “As a general rule, that’s usually a rug, a piece of artwork, or a really special textile.” 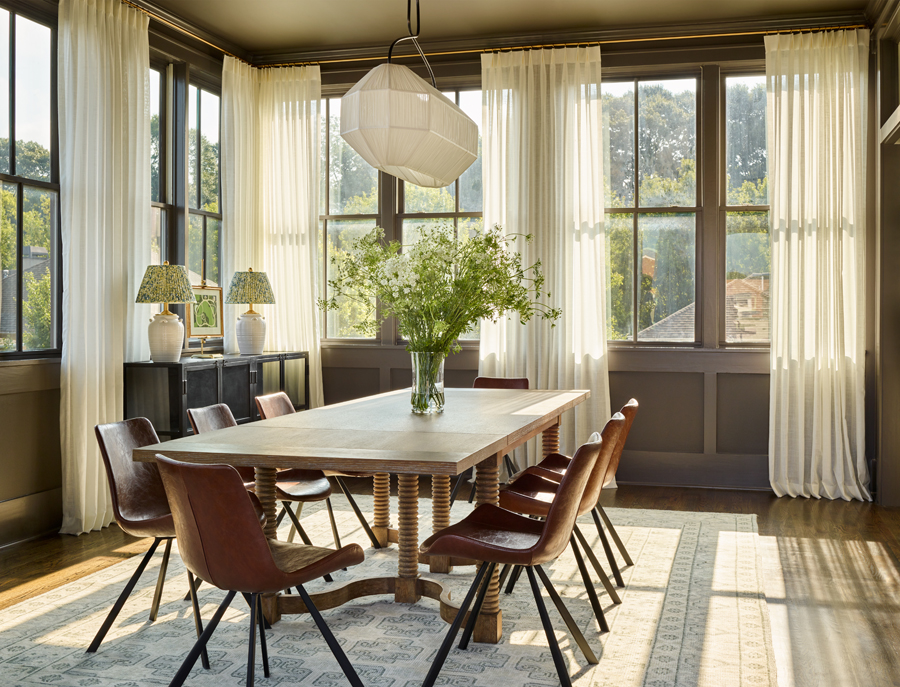 The Salinas collection offers a calming yet impactful green and cream pattern in this GordonDunning-designed dining room. Photo by Emily Followill

Whether muted tones or saturated colors, the pair love to use pattern on pattern. “Our favorite patterns are mixtures of patterns,” says Gordon. That might mean pairing a large-scale floral with a smaller scale repeating pattern, or an enormous tree of life pattern with a stripe—two examples Gordon says the two have used recently. “You layer those with another pattern or two and an interesting rug and the room really sizzles.”

While they know certain patterns are trendy, neither keep up with the trends and instead focus on what brings their clients joy. Lately, that has meant leaning into who their clients are as individuals, which can be represented by a singular pattern or a group of them. “More than ever, clients aren’t asking for trends but are begging for their spaces to be a reflection of their individuality: their stories, their history, their loves,” says Gordon.

Calling on the experts is the best way to nail pattern on pattern, and Dunning says that’s down to how designers have perfected the mix of the scale of the patterns. “It’s critical to success,” she says. “You don’t want a room with multiple large-scale patterns because it can be dizzying, but you also don’t want a room with all solids because it can be a snooze fest.” If you’re picking patterns on your own, she suggests implementing what she calls “the squint test.” “If you squint at a pile of patterns and none of them are visually fighting with each other, it’s a winning combination,” she says. 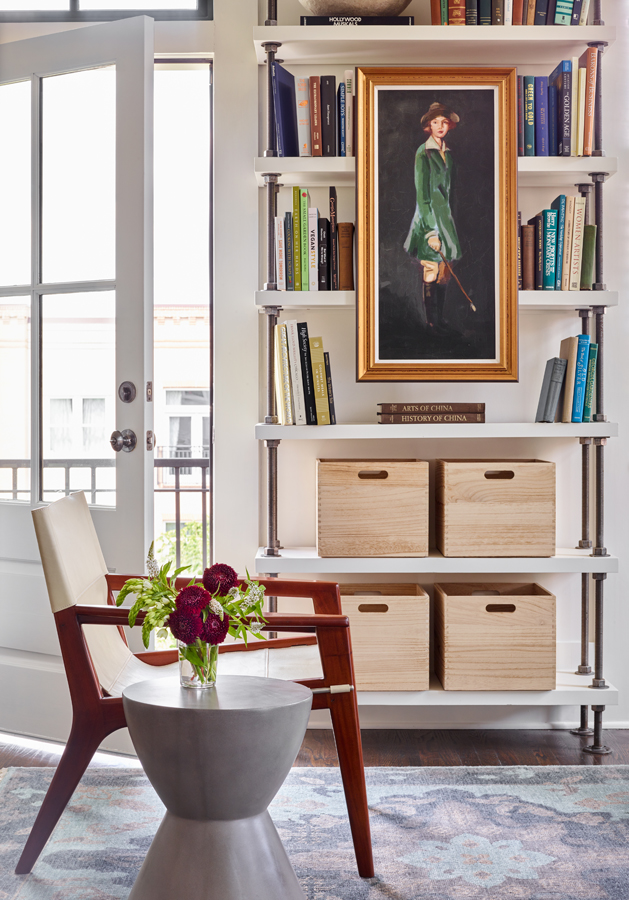 Piling on the Pattern

One crucial place to bring in pattern is a rug. “The selection for each space hinges on other design decisions in the space,” says Gordon, who says that sometimes they start a space with a rug and sometimes they finish it with one. “Sometimes she is the ‘Meryl Streep’ and sometimes she’s the ‘supporting actress,’” she says.

While a rug can make an enormous impact and gets you a lot of bang for your buck in the pattern department, there are other ways to incorporate it. Dunning especially loves original artwork, noting that it’s a “fabulous layer of texture.” Also on the list: throw blankets in wool herringbone or vintage suzani, wallpaper, and other textiles. 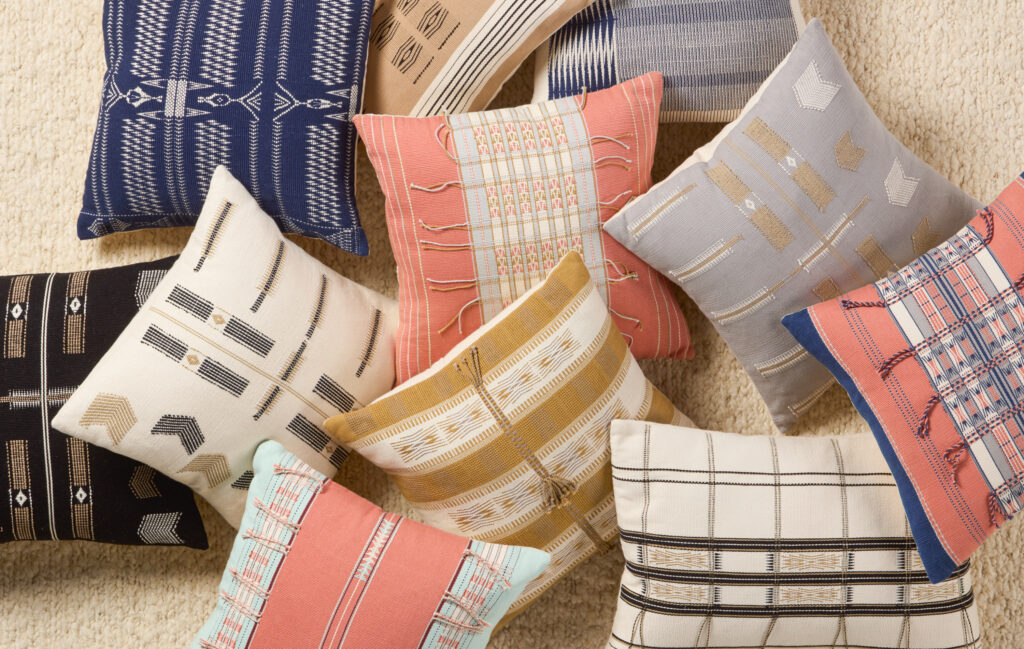 The Nagaland collection of pillows is handmade by weavers in Nagaland, India.

1. “Salinas is our absolute favorite series of patterns, and we often source from this collection,” says Gordon.
2. “For a more neutral approach but with a subtle patterning, we adore Naturals Tobago,” says Dunning.
3. “The Liberty collection offers a number of hand-knotted options, but LIB09 is a favorite—classic enough in pattern but unusual enough in color to make an impact,” says Gordon.
4. “We like a lot of the pillows that offer texture as well as pattern. Pillows like Nagaland and Pampas are great complements to bolder patterns or are a perfect way to add a splash of pattern into a relatively neutral space,” says Dunning.